We are HUGE Harry Potter fans in this house so naturally being Florida residents it only made sense for us to purchase annual passes so that we could enjoy the Harry Potter attractions year-round. I was very surprised when I looked up the pricing for the passes, it was reasonable.

For my family of 5 the total cost on the passes per year was $250 each AND if we paid in full rather than take the monthly payment option that was offered, they would throw in 3 additions months of access for no extra cost. So we have passes for the next 15 months!

We’ve been to Universal Studios in Hollywood, California and it was “ok”… I get that it’s old and run down but I found it to be really old and needing some TLC. Let’s say I wasn’t terribly impressed and wouldn’t be in a hurry to go back on our next LA visit.

With that in mind I was a little nervous about our new purchase, I’d heard great things about Universal Studios Orlando but what if it was the same run-down experience as we’d had before?

We started planning on first visit within a few days of buying the passes. A perk of having the passes is that it comes with annual pass holder discounts, even on hotel stays. We visited the website and found a 50’s theme hotel “resort” Cabana Bay Resort that seem to offer something for everyone in the family. Bowling, arcades, fitness center, GIANT swimming pool, lazy river, food court and best of all FAMILY SUITES! Hurray!

Prices were a little higher than what we would typically like but it was peak season and we were traveling last minute. The family suite on the main floor overlooking the main pool was $329 per night. The many amenities at the hotel made up for the high room rate, at least in my opinion!

The staff were helpful and friendly when booking and explained that we could check-in anytime on the day of our arrival and if the room wasn’t ready we could keep our belongings in the car and enjoy the hotel until the room was prepared. With so much to do at the hotel, you really want to maximize your time and get to experience it all.

Our drive went well, no hiccups along the way (thank you Florida Turnpike) and we arrived to the hotel about 1pm. It was really well decorated and my husband thought it was hilarious that the outside of the hotel reminded him of the 50’s, they even had old cars parked out front as if they were really guest cars. Super Fun!

To our amazement, our room was ready early and they allowed us to check-in. The hotel lobby was big and very open and there was a big Universal Studio’s gift shop with so much cool stuff to look at. They even had a ticket kiosk that you could purchase tickets to the parks right there rather than waiting at Guest Services at the park. Our annual passes had to be picked up at the park however, but that wasn’t such a big deal.

Our room was BIG, it had a mini fridge, microwave, sink with disposable cutlery and plates and even a small coffee maker. The counter had stools so the kids could enjoy a snack or breakfast if you wanted to purchase groceries and bring them with you. Opposite the mini kitchen was the livingroom area with two arm chairs and a nice size couch and flat screen TV. Perfect for the family to relax.

The bathroom in the family suite is divided into two areas, the sink being the divider, the toilet behind one door and the shower on the other side with door. So we can speed up the time it takes to get ready in the morning!

Being a large family and having a tall husband (6’4″) it’s important that we have a large bed. The queen beds in the room were perfect for him. Comfy pillows and nice mattresses too! There is also another flat screen TV mounted to the wall so you can watch your show while the kids are in the living room watching their programs. There is a sliding door that separates the rooms so that noise isn’t a factor.

Overall, we were really impressed with the size of the rooms.

We enjoyed the pool for a few hours and got changed and headed to the food court to fuel up before heading to Universal Studios Islands of Adventure. The food court had so many choices, from tradition American cuisine to Asian and Cuban dishes. The kids liked the pasta/pizza station and split a large cheese pizza which was actually very tasty. Most hotels have terrible pizza!

I really loved that they had a salad bar. So many toppings for my salad from proteins to seeds and veggies. It was all fresh and looked fantastic. I filled a large bowl with all my favorites and was impressed with the cost $8.00 for a hefty salad creation.

With our belly’s full we headed out the food court doors to the bus stop in the hotel front parking lot. The bus was waiting and we hopped right on. The drive from the hotel to the park is literally 4 minutes, but taking the hotel bus avoids parking and it drops you right at the entrance to City Walk.

There were so many restaurants and shops to look at on City Walk that you would really need to allow yourselves at least an hour to see it all. All the major stores from Rayban to Billabong. We saw a few cute things we wanted to stop and look at.

The restaurants are great, you’ve got Bubba Gump’s, Cowfish which is an American sushi fusion place that is decorated adorably. They have a Jimmy Buffet’s Margaritaville which would be a lot of fun with friends or just for drinks. They had live music and I believe it’s every day, all day!

We finally made our way into the park gate and I immediately noticed a big difference from this park to the one we visited in Los Angeles. It was immaculate and clean and a real theme park. It would put it’s sister park on the other Coast to shame. Sorry Los Angeles 😉

Want to know where our first stop at Island’s of Adventure was? Stay tuned for our next blog….

Why we love Magic Bullet Nutribullet

We. cannot. live. without. this. machine. PERIOD.
Many years ago we were the proud owners of a Jack Lalanne Juicer, at the time it was really the only affordable option for healthy living and juicing. It was a pain in the butt to clean and I always felt like we got such a small amount of juice for so much fruit and veggies. I disliked it so much that it never got used and ended up collecting dust and eventually either going to the church donation center or being given to a friend, either way it was gone.

I think our friend Mark from Ventura California introduced us to the Nutribullet, in fact I’m sure of it. John went on a surprise visit for his 25th sober birthday and Mark was using it to make his special morning coffee recipe. John fell in love with the coffee being made that way and called to tell me all about. Mark also made smoothies and other yummy stuff in it so I grabbed the costco membership card and headed over to pick one up.

It was love at first spin <3

I remember making a berry smoothie and it was so quick and easy and tasty too! Best part, no mess! Rinsed the blade and threw the cup in the dishwasher and boom! Healthy snack and I felt great.

Of course the next step was to find as many nutribullet recipes on pinterest as I could for every member of our household. Chloe with the nuts allergies, Emma doesn’t like blueberries, Jack doesn’t like anything with a green color to it. I quickly realized that I could hide a decent amount of leafy greens in Jack’s smoothies and by adding frozen berries he never would figure it out. Mom Score!

We use the Nutribullet so much in our home that when we left for our road trip it went with us. Coffee, smoothies at the hotel, quick snack ideas while on the road… you name it, we did it!

After a tremendous amount of use and abuse sadly our first nutribullet died. It was a good stretch of about 2 solid years of use, 3-5 times a day. I made nut milk too so it took a beating.

Thank goodness for our Amazon Prime membership because this was a free next day delivery,  and let me tell you that it was a rough 24 hours. I even contemplated going to Tropical Smoothie to get my fix for the day, it was that bad.

With the new machines arrival there were a few upgrades to the look, mostly the color but the cups and size were all the same. It has an impressive selection of cups for both travel in the car and even a screw on lid that you can safely transport in a bag or car without having to worry about spills. I sometimes make a smoothie to take to the beach or pool and never worry about spills in the bag. You can also order replacement parts from Amazon or direct from the Nutribullet website.

One of my favorite smoothie recipes: 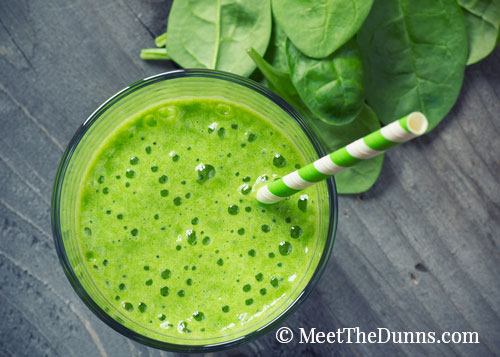 Put the spinach in the blender. Blend until it’s reduced. Add everything else. Blend together.

You can always look at our Pinterest board for more recipe ideas, there are tons of them on there and plenty for even the pickiest tastebuds.

Our 5 day anniversary trip for my husband and I to Venice, Italy would make it the first time we’d visited this Country. I was nervous because my Italian is “non bene”. I purchased one of those tiny pocket guides from our local barnes and noble